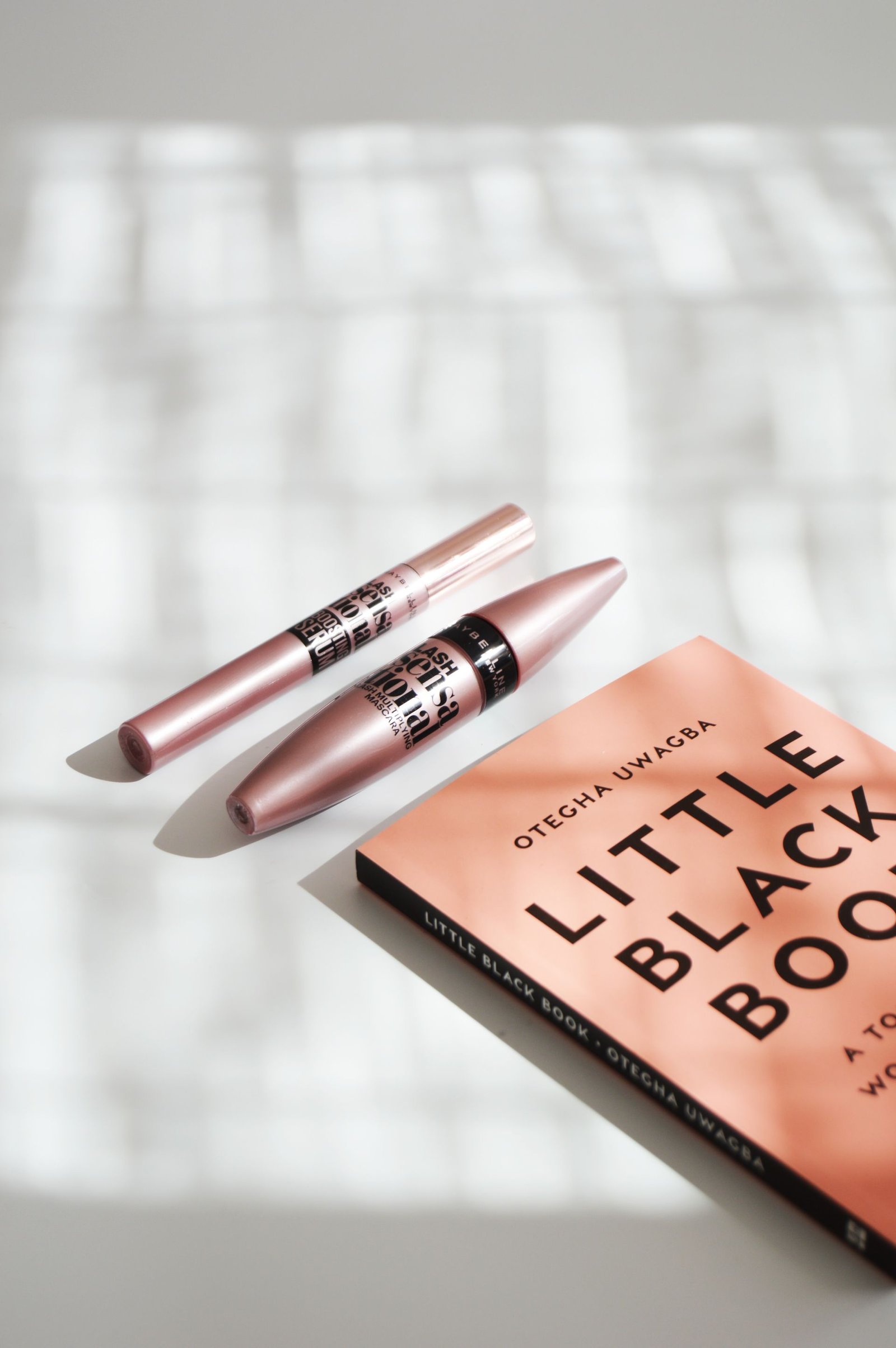 I’ve been using Maybelline Lash Sensational Boosting Serum since 30th July, which is almost 9 week. Now it is time to talk about the claims vs reality.  I’m kind of sceptical about products like that, however, it was on the cheaper end so why not give it a try, right? My first impression wasn’t bad, however, it was written only after trying the serum for a little over a week so I wasn’t expecting much of an improvement, however, 9 weeks is a good time frame to talk about a product like that. So, let’s get to the topic and talk about Maybelline Lash Sensational Boosting Serum Review…

So what does Maybelline claim? Maybelline Lash Sensational Boosting Serum with arginine and pro-vitamin B5 aims to give fuller and thicker looking lashes in just 4 weeks (when worn with mascara). 90% overall lash improvement, 8 weeks of clinical study was conducted with 32 people. As I mentioned in my previous post, a small group of studies don’t really feel too accurate. Let’s just ignore the numbers and get back to the real topic which is does Maybelline Lash Sensational Boosting Serum actually work? Well, you tell me… 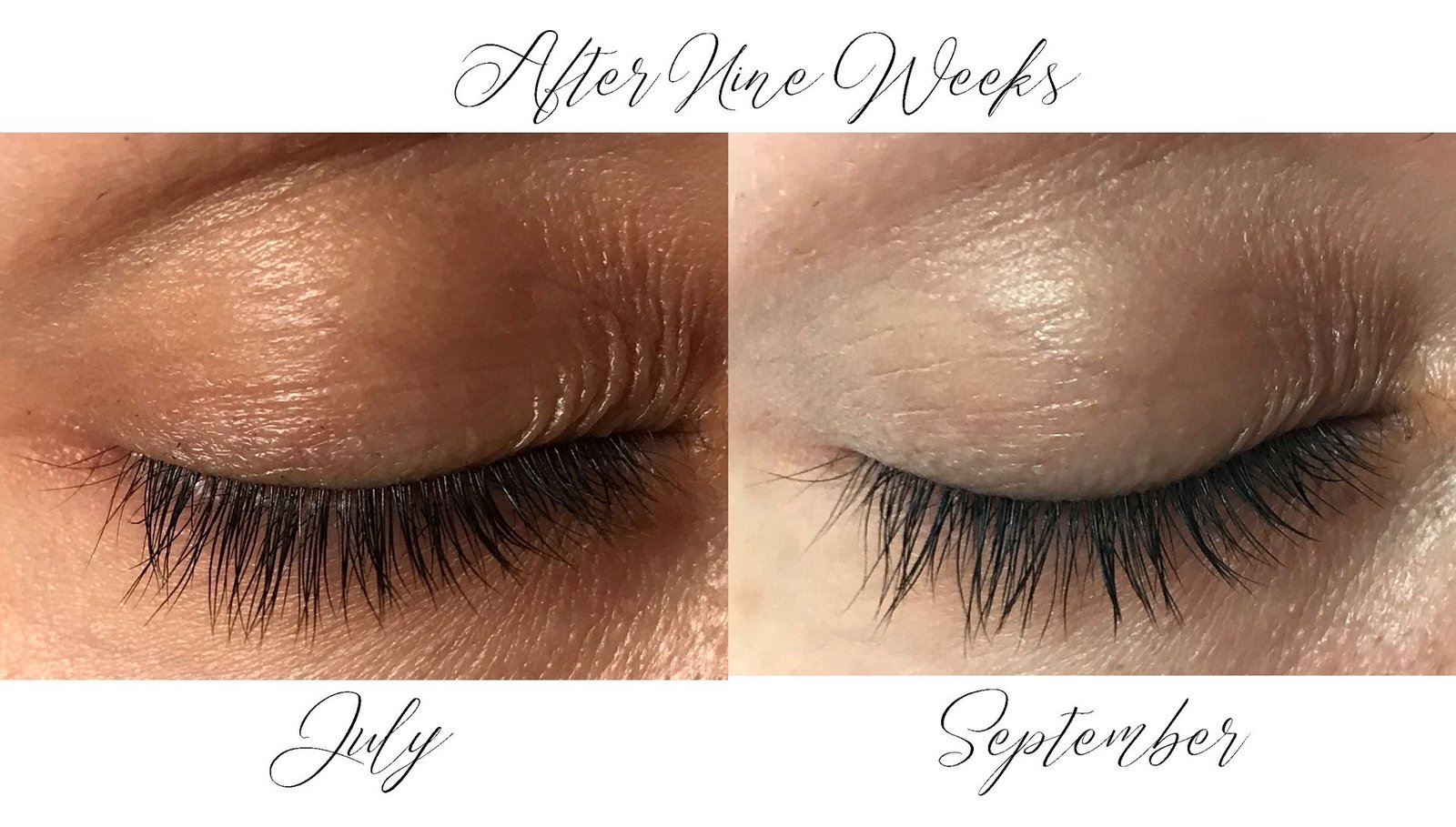 Apologies for the quality of the photos. I used my phone(my camera’s battery was dead) and the light conditions weren’t the same. Also, I have zero talent when it comes to taking my own photos, I need help/training! Any volunteers?

Before I talk about the result, let me tell you how my lashes are. As you can see, I have straight lashes *sigh* which are hard to curl with an eyelash curler. I have never achieved those perfectly curled eyelashes! They are a little on the thicker side. My lashes are not as long as I would like them to be, however, they are not that short either.

I took the photos before I started using the serum back in July and after using it over 9 weeks. It doesn’t really show much difference, does it? For 9 weeks, I used the serum twice a day and didn’t skip a day(that’s a big accomplishment for me!). I was staring the photos ages to see if there’s any noticeable difference, but I couldn’t see any. Can you notice any? There’s one improvement I should mention and it is the less fall of the eyelashes. When I remove my eye makeup, I used to lose some lashes occasionally, however, I hardly lost any since I’ve started using the serum. Also, it might have prompted the growth of the missing lashes as I could see tiny newer lashes coming up. 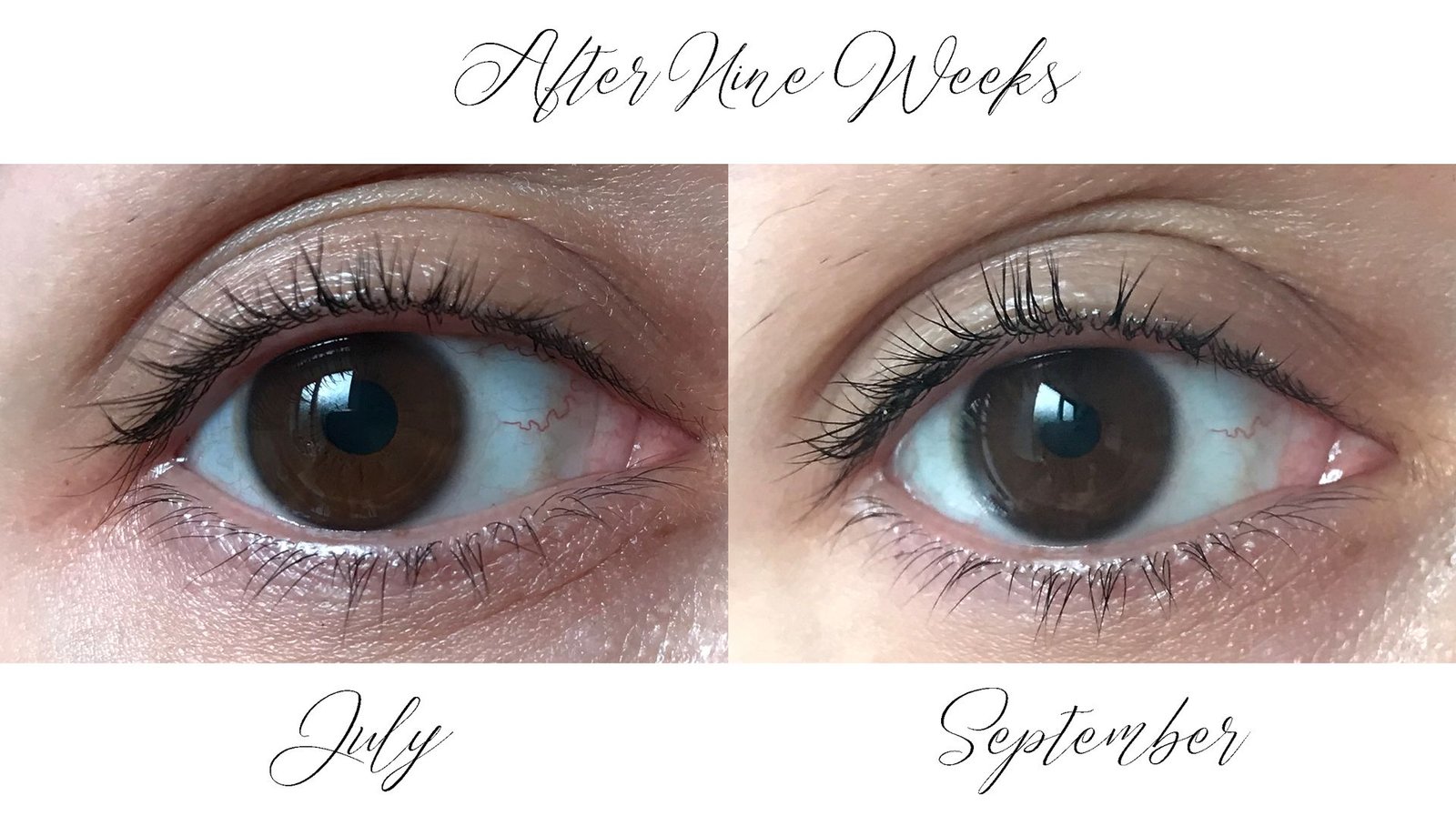 I tried it with various mascaras and it works well under mascara. Under the mascara, it acts as a primer then makes the lashes look fuller like how the other eyelash primers would do. Plus side is it doesn’t cause any heavy feeling. It took me a while to get used to the soft cotton brush. I must say, it is actually not bad at all. If you have too much product on the brush, it sometimes makes the lashes stick which if kind of annoying. When it happens, I let the serum dry and brush my lashes with a clean mascara brush.

When I ordered Maybelline Lash Sensational Boosting Serum back in July, it was Amazon exclusive, however, now you can get it almost in all the beauty stores from Superdrug to Boots for £14.99. Now Amazon decreased the price to £13.49.

Would I recommend it? Well, after my experience, I wouldn’t really recommend it for the growth. I also know that products like that can work differently on different hair types. Just because it doesn’t work for one, doesn’t mean that it won’t work for the another. If you want to try something without having too much hope, then you might want to give it a try. Would I repurchase it? No, I wouldn’t repurchase. It added just an extra step to my routine without giving the expected result.

Have you tried any eyelash serum that you’d swear by? How about Maybelline Lash Sensational Boosting Serum? 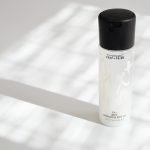 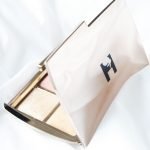 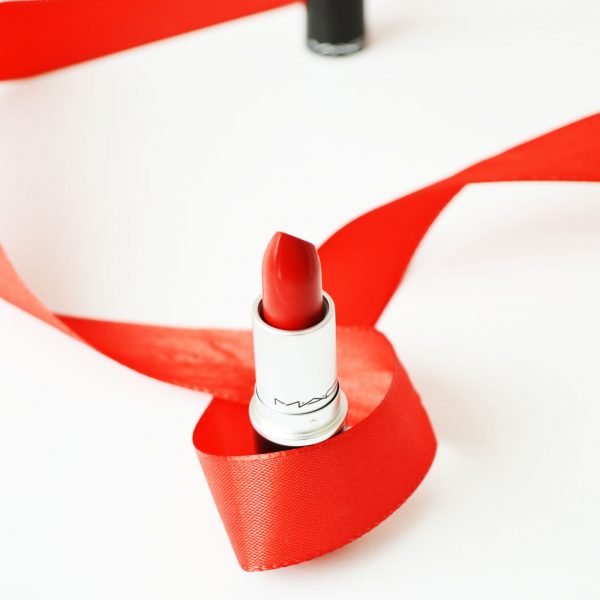 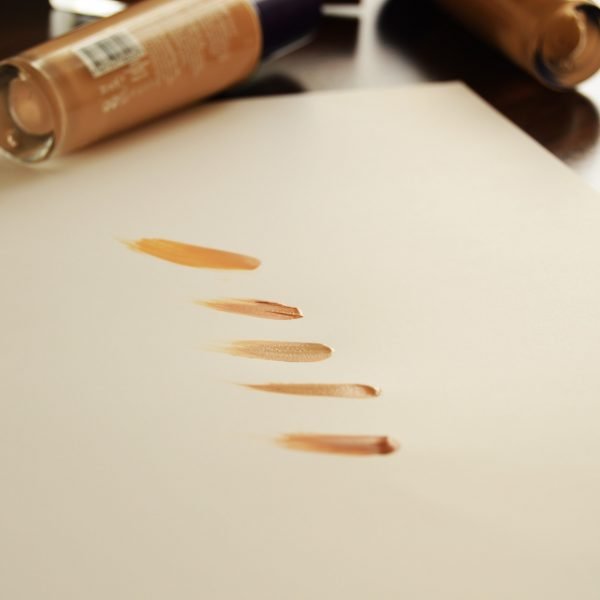 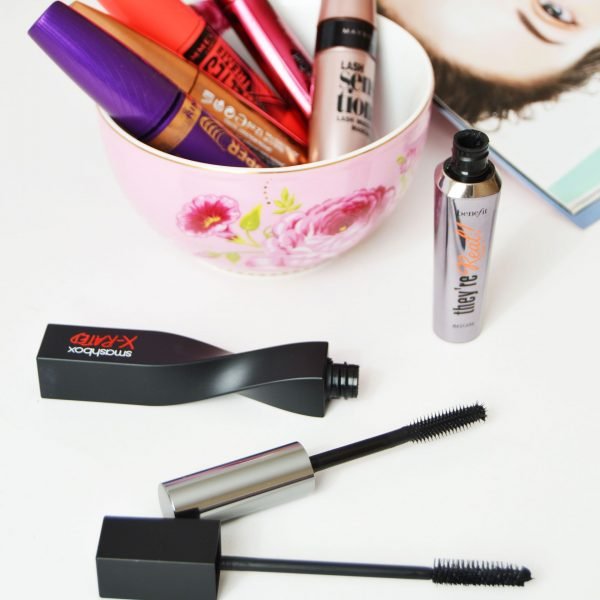 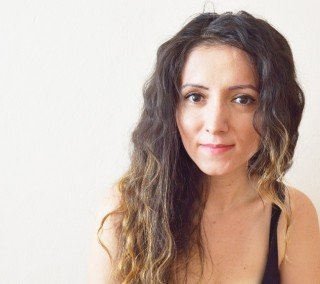 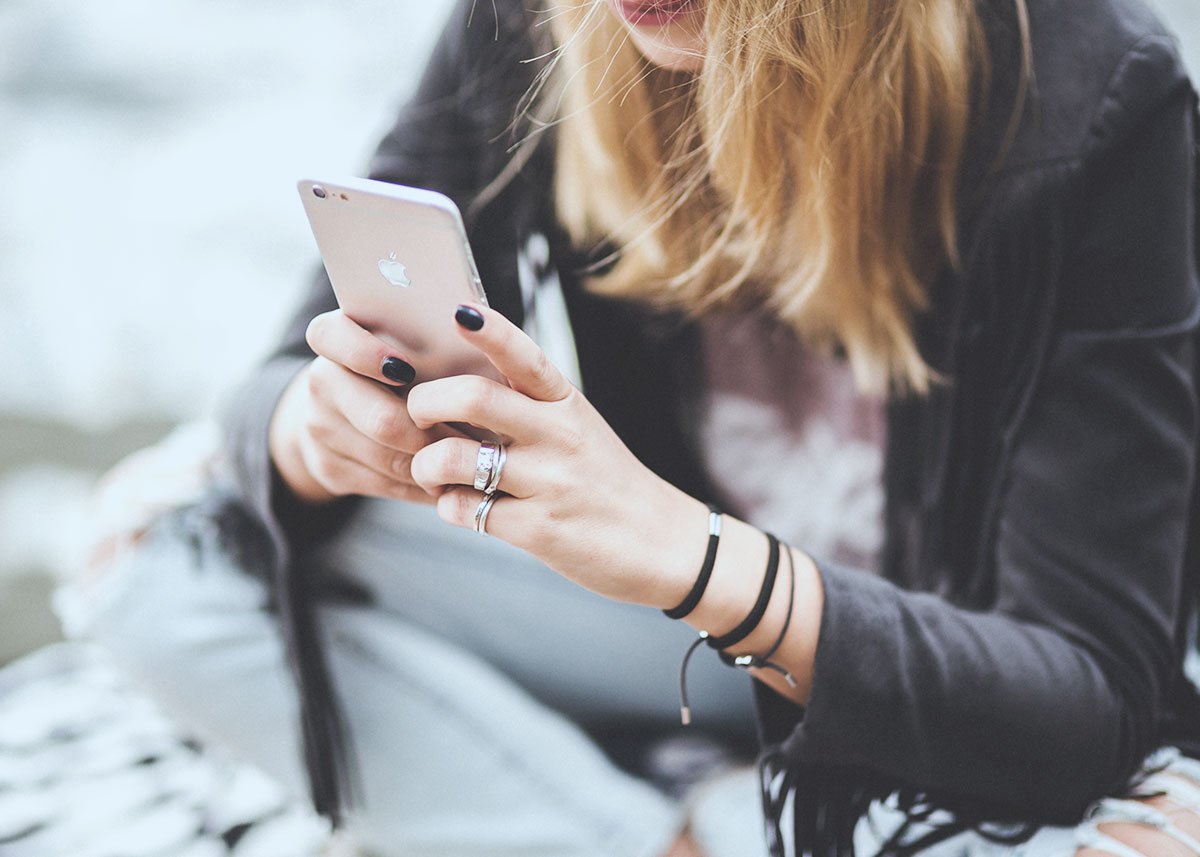